It is so cold these days that I dare not go out for a walk along the sea. But I would like to share some photos taken at the same season last year. These are the places near the Akashi seaside walking road. Last year the Ume trees including the Japanese allspice were in blossom, and the cat was basking the sunshine quietly. Anyone could tell me how it was today? 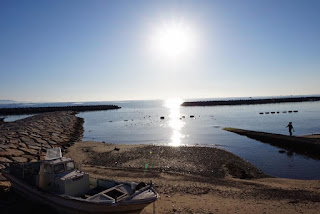 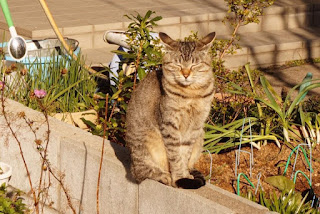 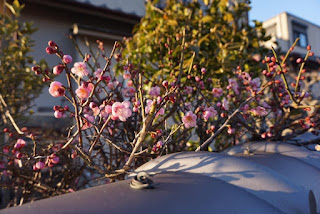 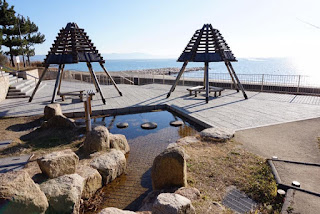 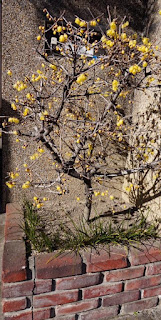 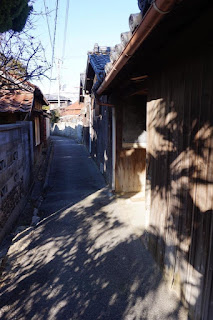 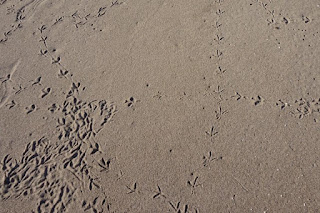 
Akashi is a city with many fine days during the year. Thus, a lot of reservoirs were built in the old time for Agriculture purpose. These days, those reservoirs are losing their previous functions and their numbers are reducing. But many kinds of wild water birds that come every winter bring nice surprise to people. I took these pictures near my home around the sunset time yesterday. 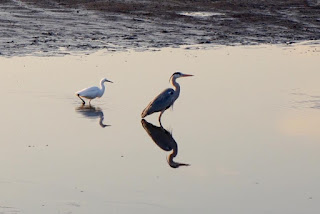 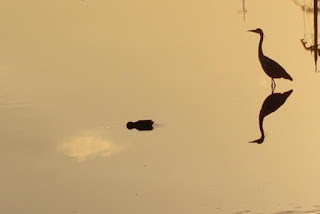 Iwaya shrine – No scriptures, no system of doctrines, all coming from gratitude toward every thing part 2
There are some 80,000 shrines in Japan. They are Hachiman, Ise, Inari, Kumano, Tenman, Sumiyoshi, depending on the types of kami inside. Popularity of the names is different in each time and each region. The basic rites in Shrine are prayers for a successful rice harvest, prayers of thanksgiving and prayers for prevention of disasters or pestilence. These rites are symbolic acts of communication between local people and the local kami. These days people visit shrine to pray for all kinds of things in their life.
The kami in Iwaya shrine is called Ebisu, the god of the sea. Therefore, local people visit here for prayers of safety on the sea and harvest from the sea. The specially recommended rite by Iwaya shrine is called Oshataka-bune, opening on the third Sunday of July every year. This rite is designated as “Intangible Folk Culture Property” in Akashi.
When I left the Iwaya shrine, I asked the kannushi what was the most important thing in his heart. He answered me with only one word, gratitude. He told me that these days many people do not look at the staff and say thank you when they buy things in convenience stores. This makes him unhappy. People are receiving much information every day, but they are losing inner reserves and the heart of thanksgiving.
Kami have both malevolent and beneficent characteristics. Humans must be sincere, truthful and conscientious when approaching a deity. These are essential attitude of worship in Shinto. Humans must also purify themselves before approaching for example, by purifying themselves with water before entering the shrine ground. An individual may ask the deity for help or may be assisted by priests. When a benefit is received, the individual should return on another occasion to express gratitude. By doing such, mood of gratitude and the related behaviors remains for generation and generation, very unique to Japan. 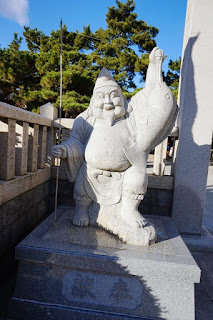 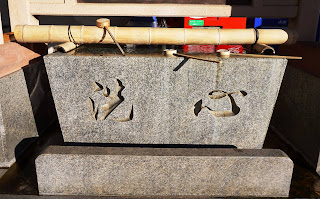 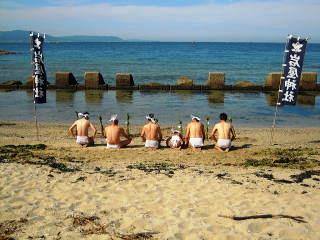 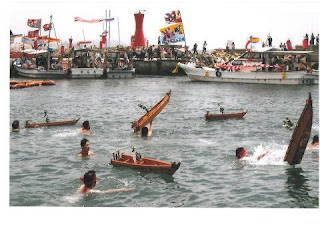 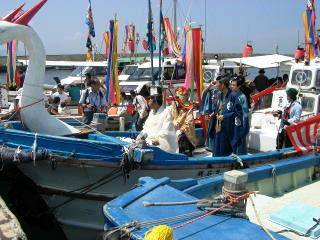 Iwaya shrine – No scriptures, no system of doctrines, all coming from gratitude toward every thing part 1
I feel ashamed of not having been to the most famous shrine in Akashi, Iwaya shrine, during my 6 years living here. The first time when I went there last month, I had a special chance to sit together and talk with the kannushi for about 2 hours. The kannushi’s talk was so interesting that I felt that the distance between me and the Shindo was shortened suddenly.
It is usually said that 90% of Japanese are Buddhists. It is safe to say that they are not religious in the Western sense. But they are religious in a cultural sense and that is somehow unique to Japan. They do participate in “religious” events such as hatsumode (the first visit of the year to a shrine or temple), and ohaka mairi (visiting the family tomb). They do pray for good heath, children`s growth, success on examinations and prosperity in business. Most Japanese go to shrine to pray for health, visit Buddhist temples at New Years, and be married in a Christian-style wedding ceremony. And they see no conflict in this at all. Rather than religions, it is considered that they are simple maintaining the tradition by just doing these, through history.
Basically Shinto is evolved out of the ancient worship of unique natural phenomena, ancestors, and various kinds of kami. Ancient Japanese believed that nature was the place where kami lived and interacted between heaven and earth. They had a deep appreciation and respect for nature and its powers, and believed that places of beauty were sacred by themselves. Therefore, they created shrines at sites of natural power and beauty, and Mt. Fuji is a good example.
While Shinto is usually treated as a religion, it is different from most so-called world religions. It does not have a founder. It does not have real scriptures. And it does not have a system of doctrines. It did not need to have a name until it was confronted by Buddhism, which was imported from China. Eventually it came to be called Shinto, “the way of the deities”, to distinguish it from the newly introduced Buddhism. Shinto existed side by side with Buddhism, but as a general rule, Shinto continued to be an integral part of everyday life, especially in farming communities. Shinto remains part of Japanese life, partly because it focuses on positive beliefs, purity and hopeful wishes. This makes it accessible to anyone, at any level of belief. 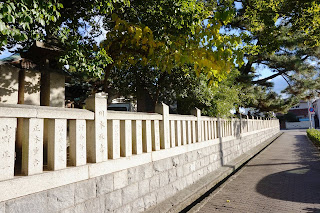 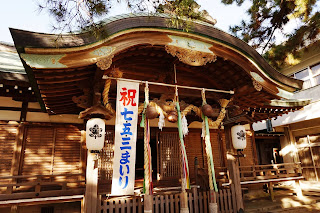 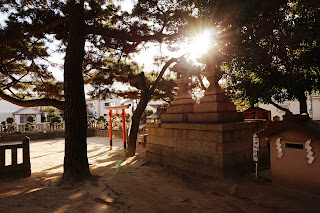 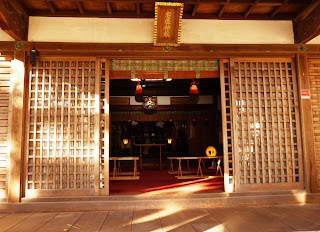 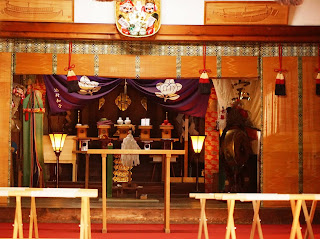 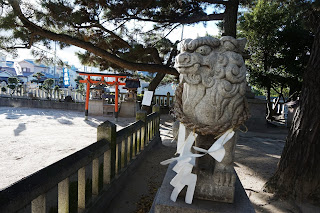 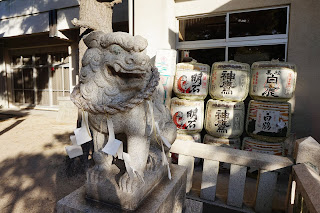 Today, let me give you a brief introduction of our Akashi city. Akashi city is called “City of Time”, “City of Strait”, “City of Food”, and “City of History”.
（City of Time） The meridian line of 135 degree that determines the standard time for Japan passes through Akashi, and hence Akashi is referred to as the “City of Time”. The city is located between Kobe City to the east and Himeji City to the west. The first is known worldwide as a port city and is famous for the Arima Hot Springs Resort, while the second is famous for Himeji Castle, a World Cultural Heritage Site. “Akashi Municipal Planetarium”, which is a symbol of “City of Time”, holds the planetarium which is the oldest one in Japan in active operation, and the 5th oldest in the world. The live explanation by planetarium staff invites visitors to experience the starry expanses of the sky. (City of Strait) Akashi city has a 15.6 km long coast line that extends from the east to the west, facing Sedo Inland sea. From Okura coast, you can have an amazing panoramic view of the ocean and the beautiful “Akashi Strait Bridge”, which is the longest suspension bridge in the world. As the beautiful “City of Strait”, many aspects of the city’s industry and culture have developed thanks to the abundant blessings it receives from the sea. (City of Food) Akashi has prospered as a “City of Food”. Akashi-dai (sea-bream), Akashi-dako (octopus), from the Sedo Inland sea, are very famous in the whole Japan. The 400-years-old traditional shopping street, Uo-no-tana, is filled with shops that sell famous “Akashi-yaki”, and fresh catches of the day from the strait, along with various other marine products. Akashi-yaki consists of a lot of eggs and seasoned soup. The combination of the softness of the egg and the firmness of the octopus is loved by not only Akashi people, but also by many tourists. Akashi-yaki is locally known as ‘tamago-yaki’,and is said to be the origin of ‘tako-yaki,’ that is popular in Osaka. (City of History) Akashi is characterized by its warm weather through the year, and visitors to Akashi can experience the beauty of its vistas throughout the changing seasons. in Akashi Park, which is selected as one of the “Nation’s top 100 spots for cherry blossom viewing”, about 1,000 cherry trees display dense, pink curtains of blossoms every spring. Akashi Castle inside the Akashi park is selected as one of the “Nation’s top 100 castles”, and among the remains of the castle, the two watch towers, ‘Hitsuji-saru yagura’ and ‘Tatsumi yagura,’ are designated as Important Cultural Properties of Japan”, and are periodically opened to the public. Visitors to the park may also stroll through the Musashi-no -teien’, a garden said to be created by Miyamoto Musashi, a great swordsman. He is also said to be the one who designed Akashi town in his time.
Please enjoy yourself in Akashi city, by feeling the time, history, culture and nature, and by enjoying the delicious foods here! 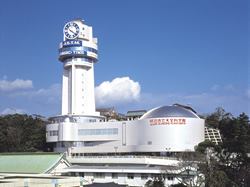 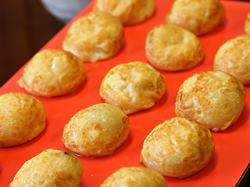 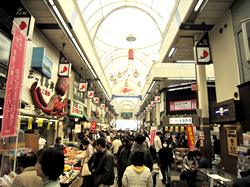 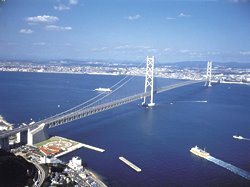 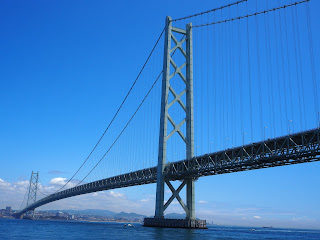 It is so cold these days that I dare not go out for a walk along the sea. But I would like to share some photos taken at the same season las...